Cabin Still Bourbon is a Bourbon whiskey distilled in Louisville, Kentucky and bottled in Bardstown, Kentucky by the Heaven Hill company.

The original name was "Old Heavenhill Springs" distillery. The company was founded as a bourbon distillery, and for most of its existence has concentrated on its flagship bourbon labels, Evan Williams and Elijah Craig. In the past two decades the company has expanded its portfolio, acquiring brands or obtaining import rights for gins, malt whiskey, vodkas, and other drinks.


On November 7, 1996, Heaven Hill's production plant (registered plant DSP-KY-31 ) was almost completely destroyed by fire. The fire started in an aging warehouse and spread to other buildings and vehicles. 90,000 barrels of flammable bourbon were consumed. A "river of fire" flowed from the warehouses.

From one account of the fire: "Flames leapt hundreds of feet into the air and lit the sky throughout the night. Witnesses reported seeing whiskey barrels explode and rocket across the sky like shooting stars ... a two-mile long stretch of the creek that supplied process water to the distillery was set ablaze for a brief time."

The company survived the next several years through the provision of production capacity by its fellow local bourbon labels, Brown-Forman and Jim Beam, until its purchase and adaptation of the Bernheim distillery in Louisville (registered plant DSP-KY-1, ) from Diageo in 1999. While fermenting, mashing, and distilling occurs at the new distillery, aging, bottling, and shipping still occur in Bardstown.

With the 2003 acquisition of distribution rights to Hpnotiq, Heaven Hill greatly expanded their product base beyond bourbon. Hpnotiq is now the fourth highest selling imported liqueur in the US. While bourbon is still its main focus, Heaven Hill now distributes a wide variety of different products.

The Heaven Hill company strongly emphasizes the history and traditions of bourbon in its public relations, highlighting the company's location in the historical home of bourbon-making and its status as the only such company still under local ownership. In 2004, the Heaven Hill Distilleries Bourbon Heritage Center was opened on the old distillery grounds, providing historical exhibits and guided tours of the plant. The company also hosts the annual Kentucky Bourbon Festival, and several of the company's brands are named after famous local distillers.

Since 2010, Heaven Hill has invested more than $100m in distillery expansions, warehouse construction, and Bourbon tourism. In November 2018, Heaven Hill announced a $65m multi-year investment into expanding operations, which includes a renovation of the Bourbon Heritage Center.
…
Filter By
Varietal
Region
Size
Price 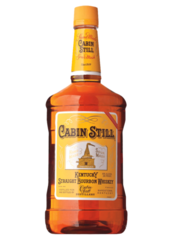 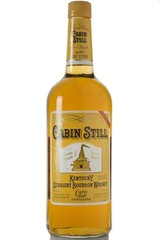