Joe Beatrice has built his career on new ideas. A former marketing and technology entrepreneur, Joe founded his first company, Blue Dingo Digital, in the 1990s to help companies use the Internet to establish, brand, and grow their products.

After 20 years, Joe was ready for a change. A longtime home brewer, Joe saw the true magic of spirits after a transformative experience tasting whiskey straight from the barrel for the very first time. In 2013, he launched Barrell Craft Spirits in Louisville, Kentucky, the epicenter of the American spirits industry.

Instead of building his own distillery, Joe questioned the conventional wisdom and took a different course. He sourced and blended exceptional casks from established producers, bottled whiskeys at cask strength, and sold them as transparently as possible.

That approach was unique in the United States, but not the world. Scotland’s long-established independent bottlers were a major inspiration, and Joe was captivated by their ability to elevate barrels of whisky into something greater than the sum of their parts.

Joe is intimately involved with every step of the production process at Barrell Craft Spirits, using his exceptional palate alongside master blender Tripp Stimson to choose and create great spirits. Creative finishes, a liberated approach to blending, and a deep-seated commitment to releasing each whiskey at cask strength and without chill filtration—just like that fateful barrel tasting years ago—continues to guide every product release.

Tripp Stimson hails from Chattanooga, Tennessee. In 2004, following his graduation from Tennessee Technological University with a degree in biochemistry and molecular biology, he was recruited as a Research and Development Scientist for the Brown Forman Corporation, headquarters to Jack Daniel’s, Woodford Reserve and Old Forrester. There he gained his experience in yeasting, fermentation, and the distillery sciences and operations that make a distillery operate successfully and efficiently.

Following his 9 years with Brown Forman, Tripp formed his own consulting company providing the technical expertise needed to design, build and efficiently run a new distillery. He’s been a key component in the success of distilleries around the country. Most recently, he helped to design and build the Kentucky Artisan Distillery, where he was later employed as Master Distiller and the Director of Distillery Operations. He oversaw all the Jefferson’s Reserve project design and implementation including Jefferson’s Groth, and Jefferson’s Barrel Aged Manhattan. Additionally, he built the first malting operation in Kentucky in 2016.

Tripp met Joe Beatrice at Kentucky Artisan Distillery and they began their work there together blending and producing interesting and unique whiskeys. He joined Barrell Craft Spirits in January of 2017 as the Master Distiller and Director of Distillery Operations and is responsible for developing our product formulation and leading the distillery building initiative.

A graduate of Wesleyan University and the Culinary Institute of America, Will started his career in drinks as a bartender and intern distiller at Kings County Distillery in Brooklyn, New York. After a stint in Napa Valley, he returned to New York to work as a sommelier in Eli Zabar’s family of restaurants and wine shops.

Later, he moved to Zachys Retail and Auction, one of the world’s leading fine wine and spirits retailers, where he managed sales and purchasing for the spirits department. It was there he met Joe, when Zachys became one of the very first retailers to carry Barrell Bourbon Batch 001.

From retail, Will transitioned his interest in terroir to a position managing brand development for Spiribam (then called House of Agricole) in Texas and the East Coast. There, he oversaw the growth of flagship super-premium rum brands like Rhum Clément, Rhum J.M., and Rhum Damoiseau.

In May of 2016, Will joined Barrell Craft Spirits as National Director. He works closely with our distributors and key accounts, and has an active role in product development. Will is also responsible for compliance, communications, incentives, planning, and market work. When he’s not busy spreading the word about the wonders of Barrell Craft Spirits, he also guest lectures on distillation science at his alma mater, the Culinary Institute of America.


Bartender, mixologist, and bourbon expert Nic Christiansen is the Single Barrel Program Manager at BCS. A former aspiring chef, Nic moved behind the bar several years ago after falling in love with bourbon. Most recently, she was the Beverage Director at Louisville’s Butchertown Grocery, where she built an extensive bar program showcasing creative cocktails, bourbon tasting menus, and more than 25 hand-selected single barrels from around the country. She’s an Executive Bourbon Steward, a Level 1 Sommelier, a former U.S. Bartenders Guild board member, and has appeared on Top Chef to educate judges and contestants about cocktails.

At BCS, Nic monitors and tracks all single barrel product inventory, communicating regularly with our Brand Development Managers, receivers, and distributors regarding status of the barrel selection. In addition, she is involved with product development. Nic manages the tasting room at the distillery when we are hosting barrel picks; meeting with potential customers while they sample product, coordinating the samples, and handling logistics.
… 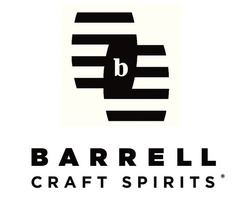 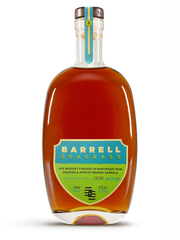 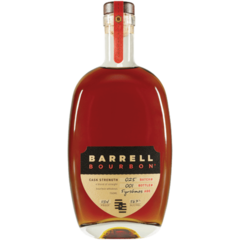 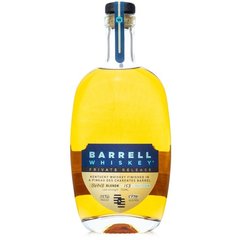 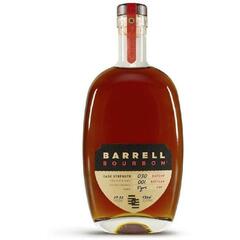 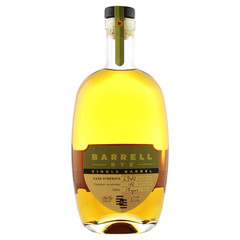 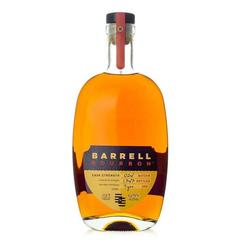